When she looks back

Sometime ago I could not understand people`s relationship with dogs or other animals. It all sounded a bit stupid to me. When I met my wife, about five years ago, she was mourning the loss of her dog, Brida. I saw her cry countless times and while I`d always stand on her side, I could not help but think it was a bit of an over-reaction to a dogs death. I mean, come on, it`s an animal, like a cow I`ve just eaten for lunch.

About a year and a half later we were about to marry (not that I knew it at the time) and she told me I`d have to choose between having a child and having a dog. I did not intend to have any of them. The last living thing that depended on me was a Bonsai tree, and it almost died before I gave it to an old man that lived in my building. Then he died. The idea of having a child terrified me (did I just use the past tense? I`m sorry for that, the correct tense is terrifies me to the bones). I could write so many lines about the reasons why having a child sounded like a bad idea that I`m afraid it would become an anti-bible of parenthood.

We decided for a dog, and she bought it while I was travelling, about 6.000 miles away. Tell me about smooth moves. When I got back the puppy already knew where to pee, not to cry at night and not to bark. At the time, I liked the puppy but yet lacked the slowly developing love that came with time. Day by day, I have gotten to know the puppy better. It`s stubbornness and anxiety resembled a lot my own. One day it woke up sick and I saw myself rushing to the veterinary. No f*cks were given to traffic lights that day… When, already one year old, our dog went to castration I could not work. The idea of losing it was unbearable. I only felt some peace of mind when I saw it.

One day I looked at its eyes and it became a she. I could not deny anymore that inside that little furball lived a being. She is not as sentient as we are. She lives in the present and her notion of causality is very limited. Papers were written with graphs explaining how dogs developed and adapted to human companionship. They began to express feelings and emotions. I`ve, contrariwise, decided to leave the techynerd talk and stick to the world I gazed through my eyes.

That world, for a few moments a day, limits itself into seeing, feeling and loving this little creature that seems to live exclusively for me. During that moments, I just make sure that while I look to those big brown eyes, I`m living exclusively for her. 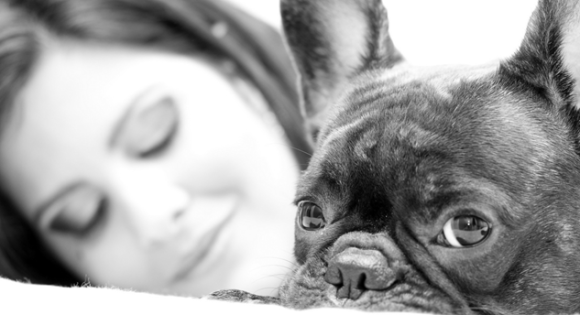 Um pensamento sobre “When she looks back” 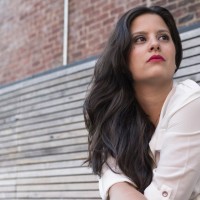