Why don’t you read listening to what I was listening when writing? Epic Dubstep Mix 2013

Bold statement in a context of war right? I`m glad in photography we frame, shoot and hang people into walls to immortalize them, not to kill`em.

This weekend I was shooting two themes for a photo challenge: hands and letters. Both of them are pretty simple themes with the clear purpose of developing the expression capability, once the objects are pretty simple and well controlled (it`s not exactly “Passing Boeing 747”). We chose to begin with “hands”. Last time I spoke about style with my cousin Elisa she told me she had the impression that I was afraid to exaggerate. Well, I thought, let`s give it a try. I wanted my “hands” to oppress. I wanted to bring some of the worst in me and, yet, establish a connection with the viewer giving a sexual connotation to the picture. We started shooting right on. My friends (brothers?) Tiago and Ana Paula, once again, came to the rescue and not only made this possible, but also transformed a Saturday night into a nice photo shoot.

Once satisfied with the results I started shooting the “letters” theme. I came across an image of a heart inside of a bottle and thought about the fact that sometimes we hide our true emotions, even when “corresponding” with people we care. It was already four in the morning when I started the “operation hanging the ace inside the Stolli bottle”. One hour later, the result satisfied me and I went to sleep.

Next day, my friends gave me the feedback: the letters theme was a great success (my wife even wanted it hanging on our wall), and the hands theme rather backfired. That kept me thinking through the weekend: there`s so much more of “me” in the “hands” than in the “letters”, and even so people didn`t connect. I, then, begun trying to understand why I made the picture the way I did. I mean, why was oppression portrayed that way in my head? The answer was not difficult to find. When I was younger, I loved the Soviet Graphic Art. It was strong, bold and with a clear meaning. Try for yourself, and look at these pictures and back to “Domination“: 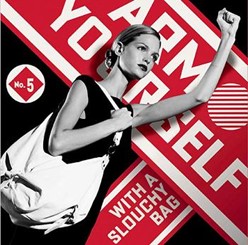 Once I did a quick research to “remind” my conscious side about the Soviet aesthetics, it all became clear. That’s probably not how people would portray oppression, but it`s clear to me why my brain gave me this path when I disturbed my sleeping unconscious half trying to get something different to print.

Yes, you should follow your subjective side, but that does not mean you should not try to understand it. 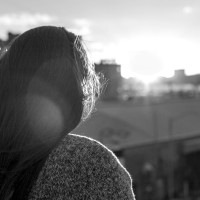 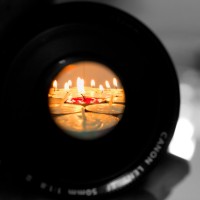 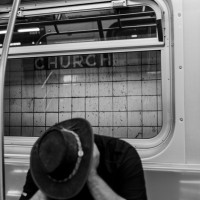